Support the reduction of animal testing in nanosafety

On the 12th and 13th of June 2018, a joint workshop on harmonization of Standard Operating Procedures (SOPs) was held at RIVM, the Netherlands. This activity was part of the Nanosafety Cluster (Working Group C) and was sponsored by the EU projects PATROLS and GRACIOUS. It was organized to follow-up on the EU ProSafe ‘White Paper’ recommendation to come up with harmonised and validated test methods for nanomaterials to support regulatory risk assessment. Such SOPs are required to facilitate the generation of data that are reliable and comparable, and thus can be used and re-used for risk assessment and modelling the effects of nanomaterials.

The goal of the workshop was to transfer SOPs towards a CEN/ISO document or an OECD Technical Guideline/Guidance Document ultimately. The intermediate goal was to provide SOPs that can (or should) be used within the NanoSafety Cluster projects. All 37 participants from 10 different European countries had either hands-on experience with different tests, were familiar with writing SOPs or had expertise on guideline development and standardisation in order to create and advance SOPs on a variety of topics.

The introductory section of the workshop included five invited speakers. The importance of identifying the use or applicability domain of specific SOPs was highlighted by Minne Heringa (RIVM). Toxicological (in vitro) data can be either used in a qualitative way (for e.g. classification and labelling), in a quantitative way (for e.g. limit value derivation) or in an actual risk assessment, which governs the expected level of SOP validation required for data acceptance. Peter Kearns (OECD) presented the clear regulatory need for alternative assays, and highlighted the necessity for clarity on both their applicability domain and the protocol developed, to support scientific and regulatory acceptance. Denis Koltsov (chairman of ISO TC229 Nanotechnologies) explained the route and timelines towards development of an ISO standard; while Martin Clift (Swansea University) presented the NanoImpactNet SOP template, which was considered an excellent model to be applied when producing a new SOP destined for future validation. The final speaker was Elisabeth Heunisch (BauA) who elaborated on the MALTA project, which is intended to accelerate the process of updating OECD test guidelines with respect to nanomaterial testing, to better support the up-coming changes to the REACH annexes.

All subsequent workshop sessions chaired by Flemming Cassee (RIVM), Shareen Doak (Swansea University) and Vicki Stone (Heriot-Watt University) focused on the development of a variety of SOPs including:

Valuable input from the group was collected and drafts of the SOPs discussed will be prepared as a follow-up, corresponding with the deliverable deadlines in the EU projects PATROLS and GRACIOUS. 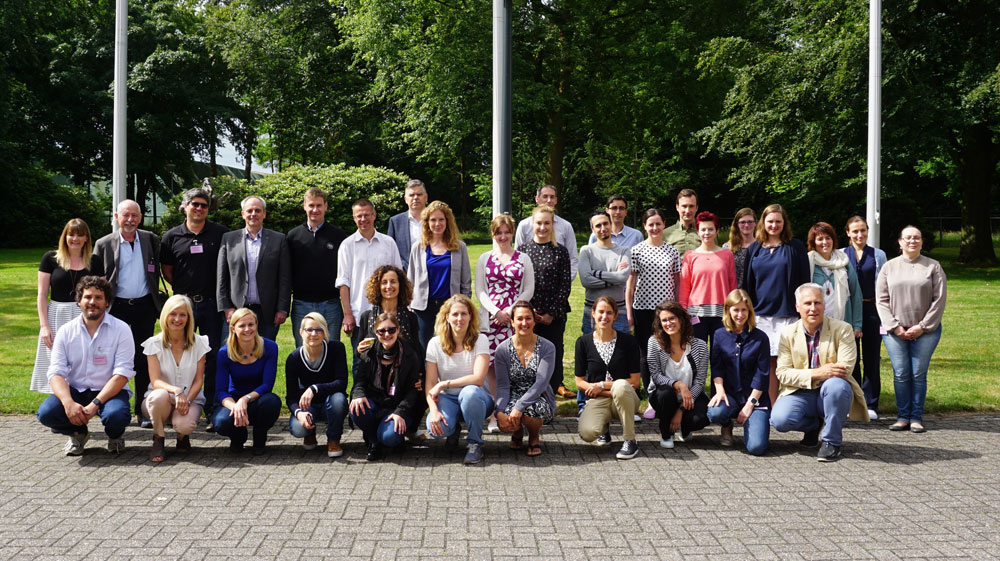 Researchers can now buy a first-of-its-kind human cell-based alveolar model to study the effects of chemicals and other substances on the deepest part of the lungs without forcing animals to inhale them.

The PATROLS celebrated the International Day of Women and Girls in Science, with a look at the scientists that drive the project.

Welcome to the Winter 2019 newsletter from the PATROLS project. In this edition, we review the project's significant advances in its second year and invite you to catch up with the project through key events in 2020.